The Greenhouse Effect, we all heard of, but how does it work? 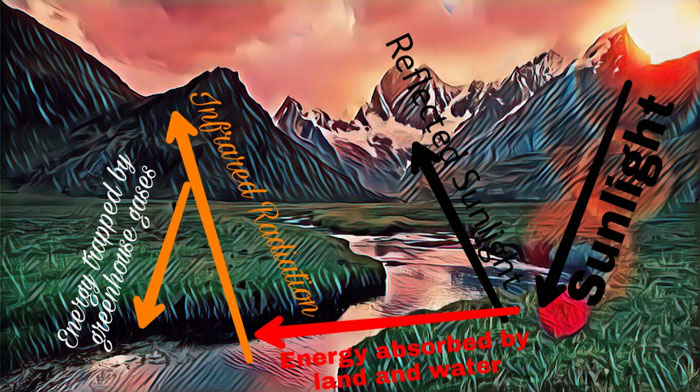 “The temperature rise will be small in the tropics, but much greater at high latitudes.”,
warns the University of Columbia!

Crucially, we have to develop a good understanding of the Greenhouse Effect, if we want to know Climate Change fully. We can compare the Greenhouse Effect to a real greenhouse since a greenhouse uses a similar method to collect heat. It lets sun rays in, yet it traps some of the sun rays inside itself. For that reason, it can receive a precise temperature on day time and then exploit its reserves in the night time. On a larger scale, certain gases (we call them Greenhouse Gases(GHG)) are trapping the heat, which was created by the sunlight that falls in the atmosphere. Just like a greenhouse

The sunlight that falls on earth is mostly the visible light, which we can see. The reason for it is that the atmosphere is almost entirely transparent to those wavelengths. On the other hand, higher frequencies like ultraviolet usually are reflected back into space. As the sunlight hits the ground, part of it gets reflected into space, as well. How much usually depends on the reflectivity of the ground. The rest of the sunlight gets absorbed by land and water and is being held as thermal energy. Later, it is re-emanated in the form of longer wavelengths, which we call infrared radiation. However, when the infrared radiation hits a GHG, it will reflect back to earth. Thereby its passage gets delayed, which causes the earth to heat up.

Which Gases are Greenhouse Gases?

The gaseous form of water is the most prevalent GHG and is made of two hydrogens and one oxygen. How is it created? Water Vapor is produced by evaporation and is a very natural part of the atmosphere. Therefore, the main attributions are included in a natural cycle. That being said, Water Vapor has one huge problem. After being started by Climate Change, it builds a vicious circle: Water evaporates due to warmer atmosphere-> Water vapour increase-> traps more heat-> atmosphere gets warmer-> and so on, isn’t that devilish?

Carbon Dioxide is formed by one carbon and two oxygen. Where does it come from? It is getting produced, by natural processes (like breathing), decomposition of organic materials and volcanic eruptions. Typically, the carbon dioxide is being regulated relatively well by the carbon cycle. Despite that, there is a substantial increase in CO2 levels in the atmosphere due to human influence. That may involve deforestation and the burning of fossil fuels (oil, coal, or gas). Again, we humans create a vicious circle for the carbon dioxide we release warms the earth. Thus, more wildfires rage over our planet setting another carbon dioxide bill, which gets ever worse, for our world. In its vast amount, it is the major Attributor for Climate Change.

Methane is constructed of one carbon and four hydrogens. How is it being created? It is being built in wetlands, swamps, lakes, oceans and due to termites. In this day and age, it is produced by humans in gigantic amounts, through fossil fuel (see above) production and agriculture. On top of the (melting) Eisberg, methane traps about 30 times more heat, than any other GHG. For each degree that the earth will get warmer, more methane will rise from wetlands, swamps, lakes, termites and oceans and get into the atmosphere. When the temperature rises a little bit more, we will probably have more problems with methane than with carbon dioxide. In case you will not take my word for it. Here are two quotations from the University of Princeton, which describe how they came to the same conclusion: “The researchers analyzed nearly 1,600 measurements of temperature and methane emissions from 127 freshwater ecosystems across the globe (above), including lakes, swamps, marshes and rice paddies.” “Methane emissions at 0 degrees Celsius would rise 57 times higher when the temperature reached 30 degrees Celsius, the researchers report.”

(This chapter (The Greenhouse Effect and Greenhouse Gases) is based on  of Pennsylvania, Columbia University, University of Denver, Princeton University) 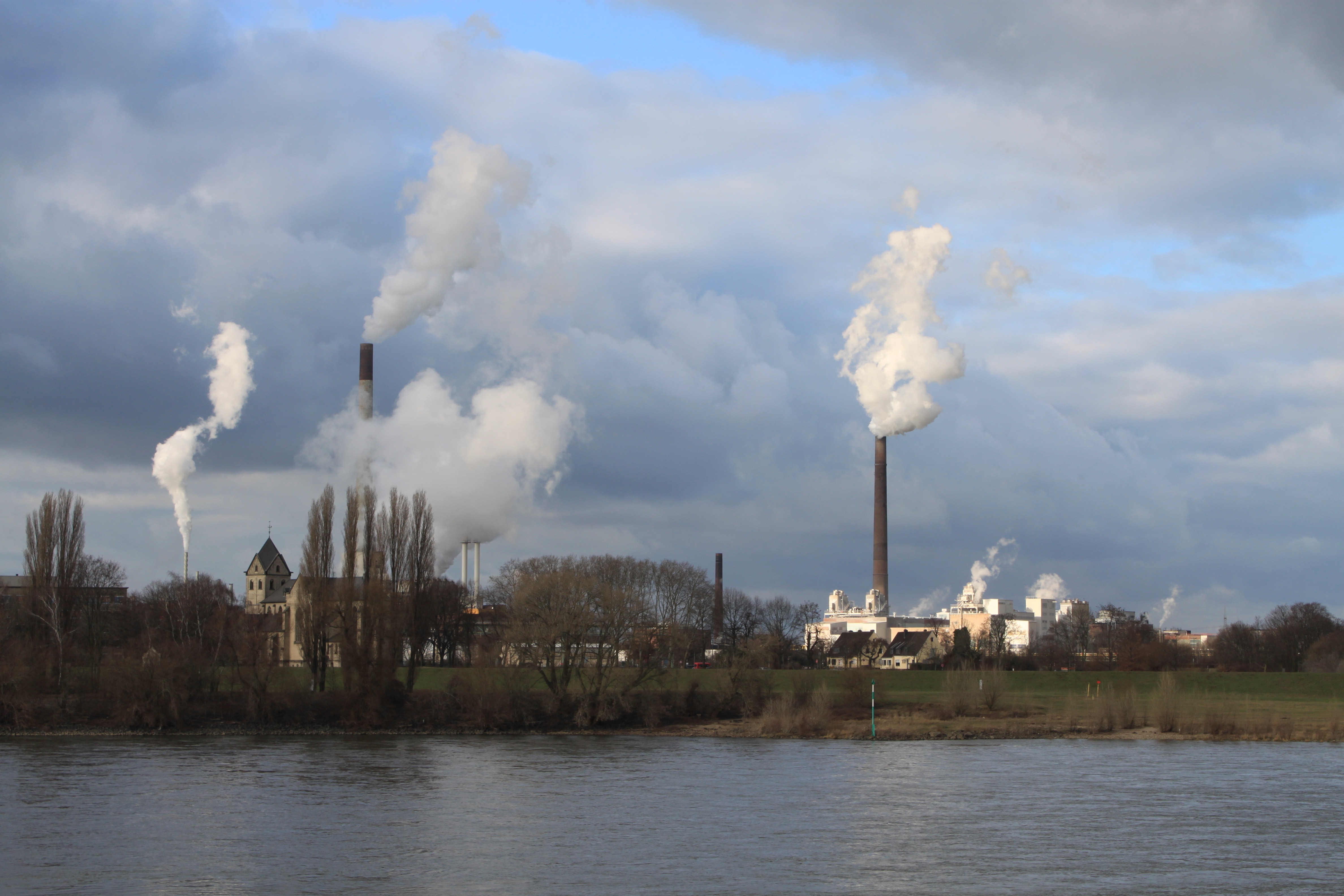 A little factory in the Rhine area.