Glaciers are melting, (sea, lake and river) ice and snow is melting earlier, is it a wonder that this causes a shift in natures behavior? 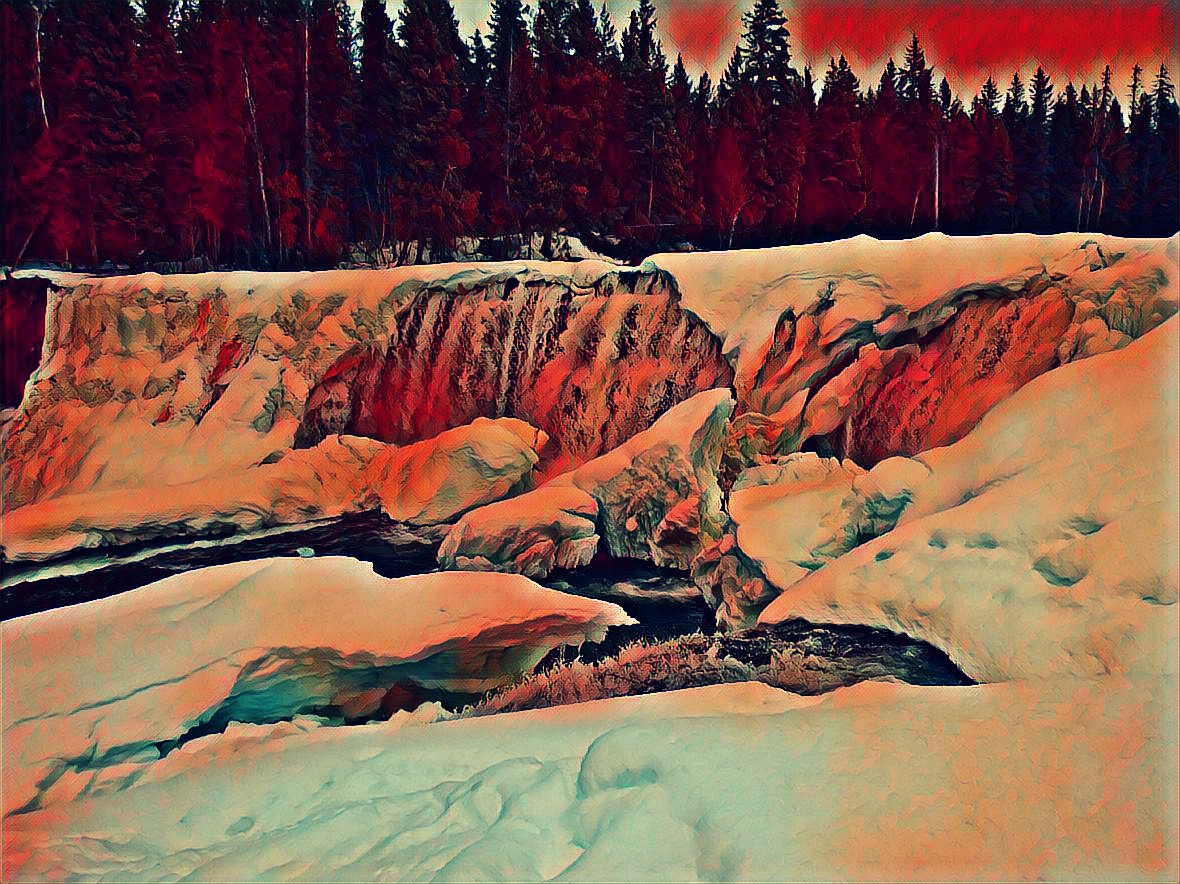 The air temperature in the Arctic has risen by circa 5 degree Celsius in the last hundred years; furthermore, we will face almost no sea ice cover in the Arctic, in the next decade. That would be disastrous because there are many species, which rely precisely on this area as a habitat. 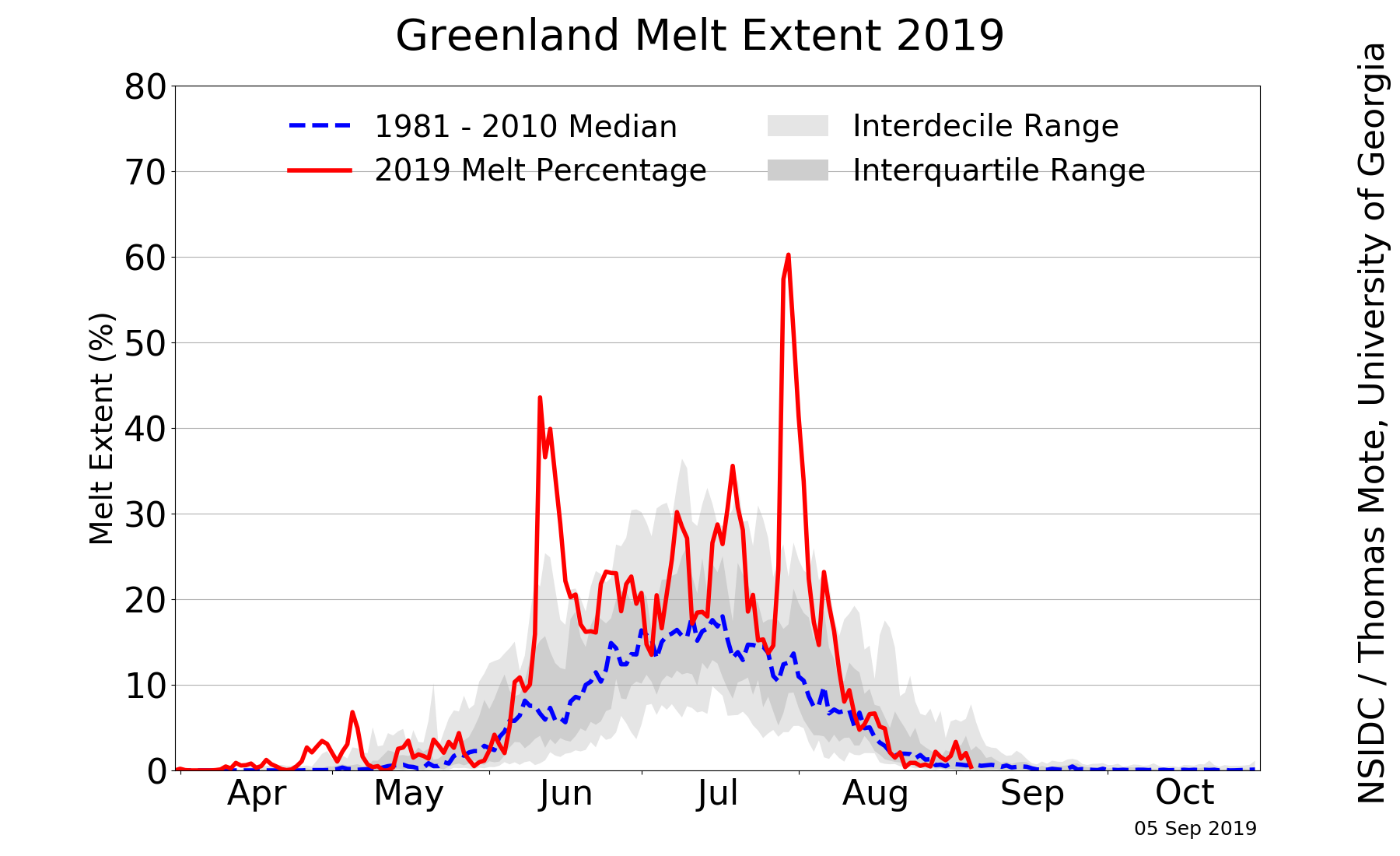 Greenlandic and Antarctica’s continental ice sheets and glaciers are melting.

The National Snow and Ice Data Center stated that several ice caps, glaciers and ice shelves have completely vanished within this century. Another big problem, which came up as researchers were examining the melting of the Glaciers, is that the lower underwater layers were melting faster than the top ones, that means that we could have underestimated the actual melting. Furthermore, it will be harder to make exact models of the glacier reduction with that given fact.

Why are the bottom layers of the glaciers melting more swiftly? The stream of the warmer saltwater from the ocean comes from below, causing the lower sheets to melt, as it reaches Greenland the just melted colder freshwater joins the stream and follows the top stream back to the ocean.

The ice, which is melting from the edge of the glaciers, is often warming up, that causes it to break up, thereby falling into the water and swiftly flowing into the Oceans (This event is called Calving). All in all, Greenland has enough ice to contribute to a Global Sea level rise by 20 feet (6 meters). We currently believe that this would take several hundred years to melt that much, but as we know, this process can accelerate extremely fast. Therefore, it might be better to make this very serious!

As Antarctica’s ice melts, more sunlight can not be reflected and instead the water will absorb it. That will warm the ocean additionally and support a positive feedback loop.

The Tundra is currently melting, and within a few years, the Permafrost could already have suffered from a powerful reduction. Additionally, the Tundra will face tremendous forces due to the change in habitat and vegetation. On top of that, the melting of Permafrost will cause the release of enormous amounts of GHG, especially Methane!

Do you want to know more about the impacts of climate change on the Tundra? I would suggest you to read this article!

The carbon dioxide absorption of seawater causes Ocean Acidification. It forces the pH value to drop since the Industrial Revolution it has fallen by 0.1 pH units (that means approximately an increase of acidity by 30%). That will have an immense impact on calcifying species, like oysters, clams, sea urchins, shallow water corals, deep-sea corals, and calcareous plankton and might leave a massive footprint on other species too. The food chain will break. Disastrously, the 1 billion people, who are depending on ocean food as a primary source of protein, will have to change their source of protein. The devil to blame, this has enormous consequences for shellfisheries. Recently in 2015 Ocean Acidification was found guilty to have caused an impact almost worth $110 million in the Pacific Northwest oyster industry. To understand the consequences better, scientists placed a pteropod’s shell in water with the predicted pH value for the year 2100; it almost completely dissolved in 45 days!

There are substantial impacts for Coral reefs, right now happening, which could lead to the destruction of these miraculous places. First of all, we have to understand that the Coral reefs are very complex and biodiverse ecosystems. They also help to protect the shoreline. We haven’t solved all the mysteries around them. However, we do know that they are incredibly valuable for their natural surroundings. Even though researchers found that Coral reefs are not very sensitive to changes in the seawater pH value, they found out that corals are susceptible to changes in temperature. If heat is added, the Coral growth will speed up, at first. Although at a certain tipping point, if the warming is too much or too fast…

“Then there’s a very sharp downturn, which is usually somewhere around the maximum average summer temperature—just a little warmer than what they’re used to—where corals have a very quick downturn in how fast they can grow. About another degree past that maximum summer temperature is often when bleaching can happen. The coral is stressed, and it starts growing slower, and then stress mechanisms trigger bleaching and it loses its symbiotic algae. If that bleaching stress is severe enough for long enough, that’s when you can have coral mortality.”

There is seldom a place with the distinct inconceivable biodiversity of Coral reefs. If the Coral reefs are to be destoyed, then many of the species within these systems may go extinct, as well. The Maldives rely on the Coral reefs as their natural shelter, without the Coral reefs there would be no Maldives. If the Maldivian Coral reefs would die, then the Maldives would be exposed to the ocean, without its naturale shore shelter. To see more about the impacts of climate change on the Maldives, watch the two videos about the Maldives below. The Great Barrier Reef will be reduced to 5% by 2050. If you want to have a chance of seeing it, we have to save them now. Otherwise, you might not be satisfied with the look of dead corals, would you?

Climate Change is a very big threat to whales and dolphins. The above called changing sea temperature, ocean acidification, sea-level rise, loss of polar habitats and the sudden lack of food sources, which is also a cause of the already mentioned impacts. A rise in UV, which is related to climate change, is causing a drop in the population of Krill. Krill is a primary food source for many different whales. Noteworthy, whales in the Arctic waters, like the bowhead, narwhal, and beluga are said to be particularly exposed to Climate Change and might not be able to adapt fast enough. Many other whales might have to go further north in order to be able to have enough time to adopt. Unfortunately, those who live in the Indian ocean will not be able to do that, because there is nowhere north to them, at least, where they would be able to swim. The ones, who might be able to go further north, will probably have to suffer from breeding ground problems, which could have great impacts on their population.Astonishingly, whales are not only a very significant part of ecosystems in the oceans, but also they have a great influence on plankton populations. The more whales there are, the more plankton there is. In addition to that, the loop does not end here, the more plankton there is, the more carbon dioxide is absorbed by the plankton. If you want to know more about that, I would suggest you to read my paragraph about the Cooling Effects.

In a worst-case scenario, Global Warming would let the entire Amazon Rainforest vanish in this century (, even in better scenarios would be a level of high extinction)! The Boreal forest could suffer from huge impacts too, like the retreating of entire tree lines in the north.