Effects of plastic pollution on ecosystems

In order to prevent further plastic accumulation in Bio-diversity hotspots, we first have to understand how the manmade polymers get into ecosystems.

The most obvious answer to that would be the forces of nature; wind and water spread plastics over long distances into diverse environments, which man may not even have touched yet. Why does that happen? As a matter of fact, synthetic polymers, a.k.a. plastics, do have a low density and weight, which enables wind and water to easily carry it. In recap, even if you throw your plastic trash in the tin, natures forces will be able to lift it out of the garbage. This may not be the end of the journey by far, as the plastic item could land in a waterway. The waterway will eventually flow into an ocean and the local currents will give it access to places you may not even have yet heard about. This may not happen all the time; nonetheless, there are people who seem to never have heard of garbage . These people do their best to help the wind spread plastics into places that are very sensitive to external influences. 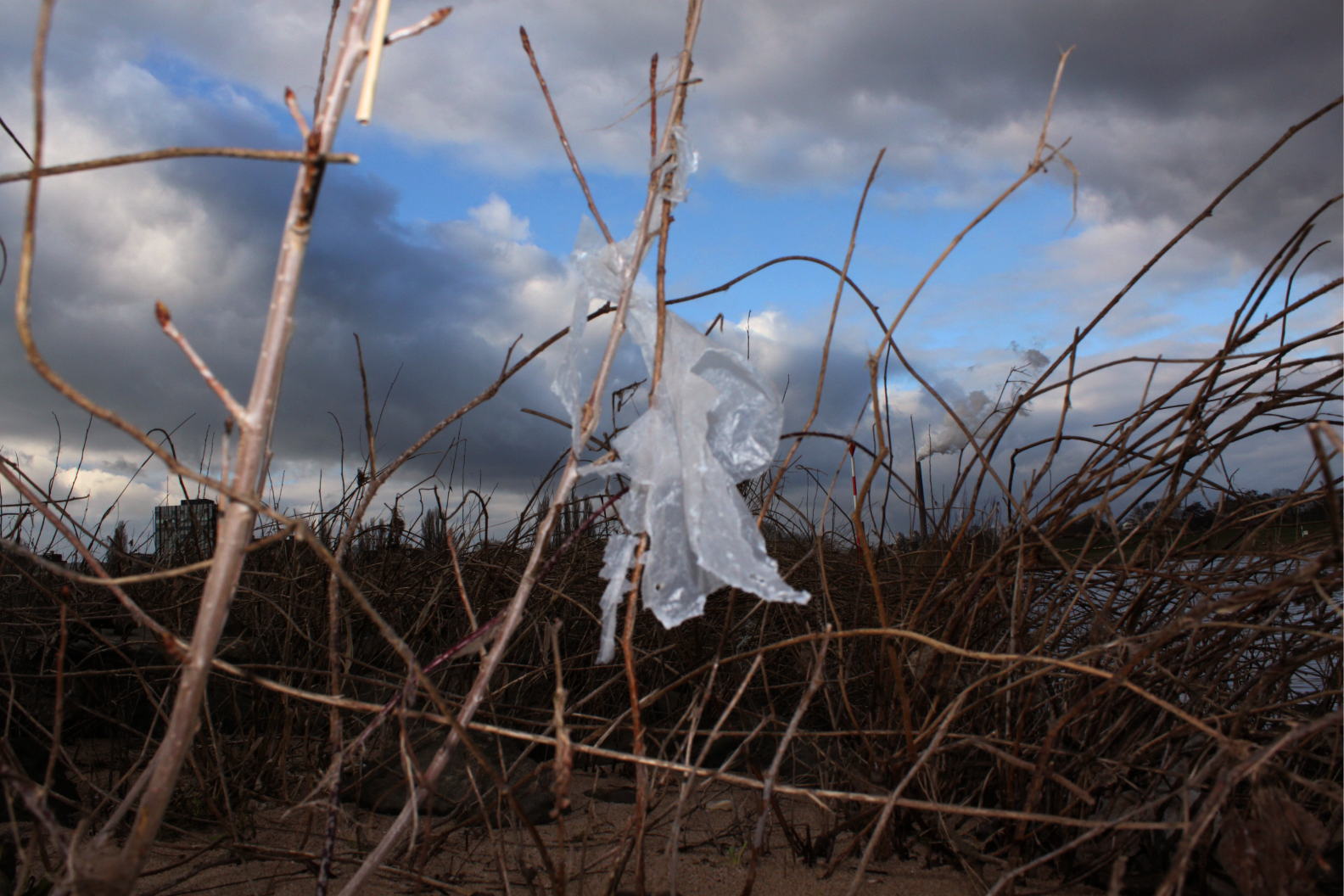 While that may be the most obvious answer it is by far not the only answer. There are many ways our human-produced polymers can enter ecosystems without us thinking about it. Microplastics have all the opportunities to do so. Directly affecting animals and wildlife is the entry of microplastics via the food chain. Scientist found out that mosquito larvae, small fishes and lugworms, as well as other small animals have consumed microplastics. Thereby, introducing these small, yet not less dangerous parts of plastic into the food chain. Almost all bacteria are not able to properly digest long synthetic polymers (plastics), therefore, the plastic accumulates in the body of the animal. When these small creatures are now being eaten by larger creatures, the plastic spreads in the food chain. Almost all carnivore animals can be affected by this. As an example, birds have been found to eat mosquitos contaminated with plastic. 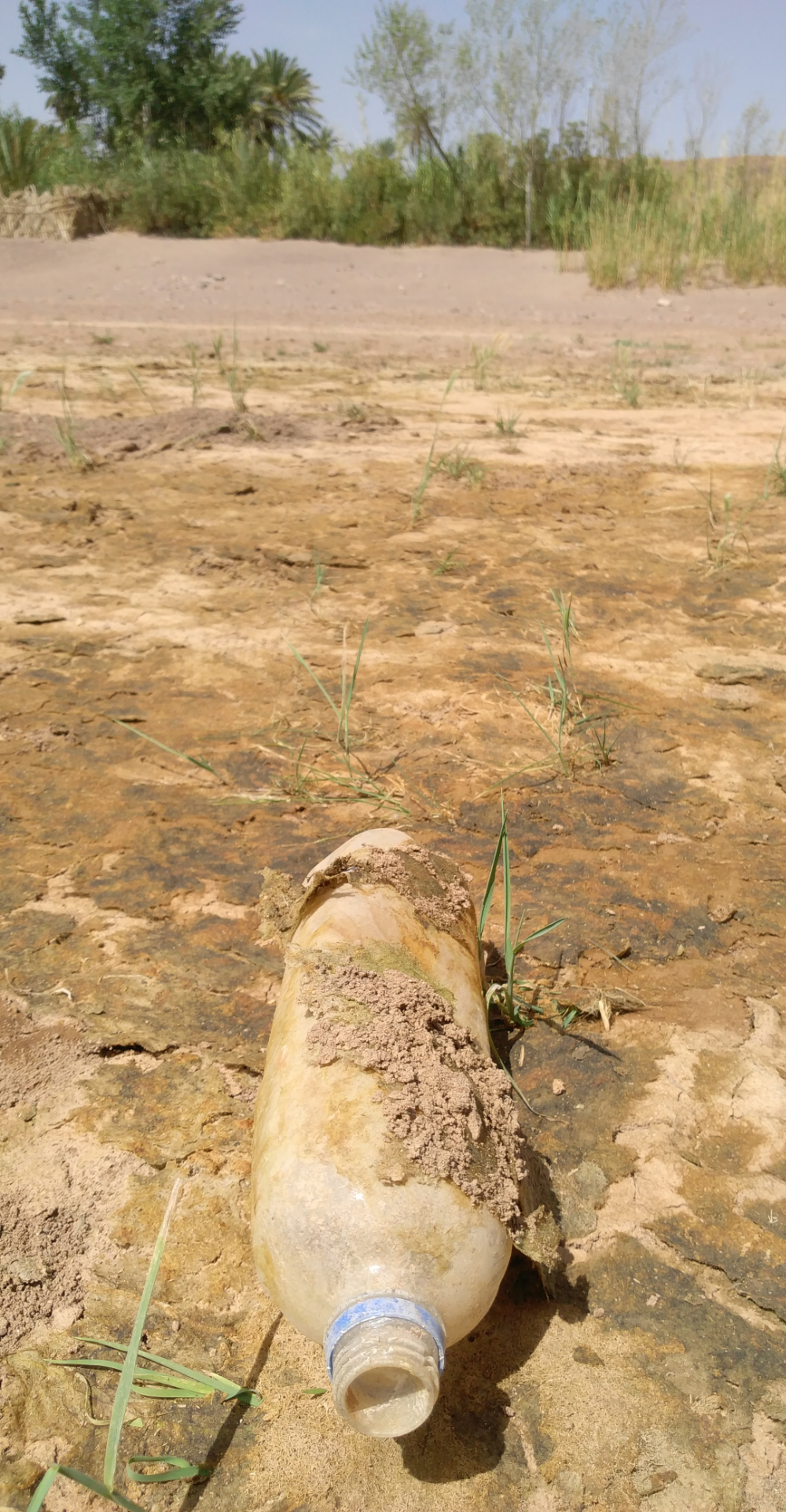 It is not hard to imagine that plastics do bring consequences the ecosystems in which they gather. Be that as it may, it is hard to imagine the sheer scale of impacts. Especially focused by the public and many scientists are marine ecosystems. Research shows that diverse marine systems are heavily disturbed by plastics.

Clearly visible is the plastic accumulation at the sea-surface area. However, not every location has the same chances of being the spot for plastic to gather. If you get where I am going with this, then there will be one word in your mind “the great Pacific garbage patch”. If you already knew the infamous great pacific garbage patch, you will have known that it is a place, where a majority of the marine debris is gathering. But hold on – why is it gathering there?  In order to answer this question, we first need to be able to tell what a gyre is. A gyre is an enormous circular system of water current. There are 11 major gyres which in return create a system that circulates the water in our oceans. The biggest 5 of these gyres are collecting the most plastic and other marine debris. Once the plastic reaches the core of one of these 5 gyres, it is unlikely to ever leave the gyre again. Exposed to the sun, wind, waves and small animals brake the plastic down into smaller chunks (microplastics). So, even if these places are called garbage patches or plastic islands, in reality, they look more like a thick soup of small plastic bits. In places like this, where plastic has a significant dense concentration in the water, are lethal consequences for local animals (you can read more about it in (placeholder)). Now, I understand the currents are the places where all the plastic garbage gathers. Unfortunately, the gyres are not the only places where plastic debris is common. Even in a sea with almost no connection to the worldwide system of circulating water, like the Baltic Sea, there are massive plastic debris problems. So much so that every 100 meters between 50 to 300 litter items can be found on a Baltic sea beach.

Plastic in the deep sea

It is hard to get a good overview of plastics in the deep sea. As a matter of fact, no one knows exactly, how many grams of plastic found their way into deep-sea ecosystems. That being said, scientist calculated that a big amount of plastic was missing in the survey of other ecosystems. A Royal Society paper takes a closer look at plastics in the deep sea and found significant evidence for an unknown microplastic sink. In the study, it is mentioned,

“Our results show for the first time, to the best of our knowledge, that substantial quantities of microplastic debris have accumulated in the deep sea.”

Further, the same study revealed that microplastic fibres are 4 times more abundant in the deep sea than in the sea surface area 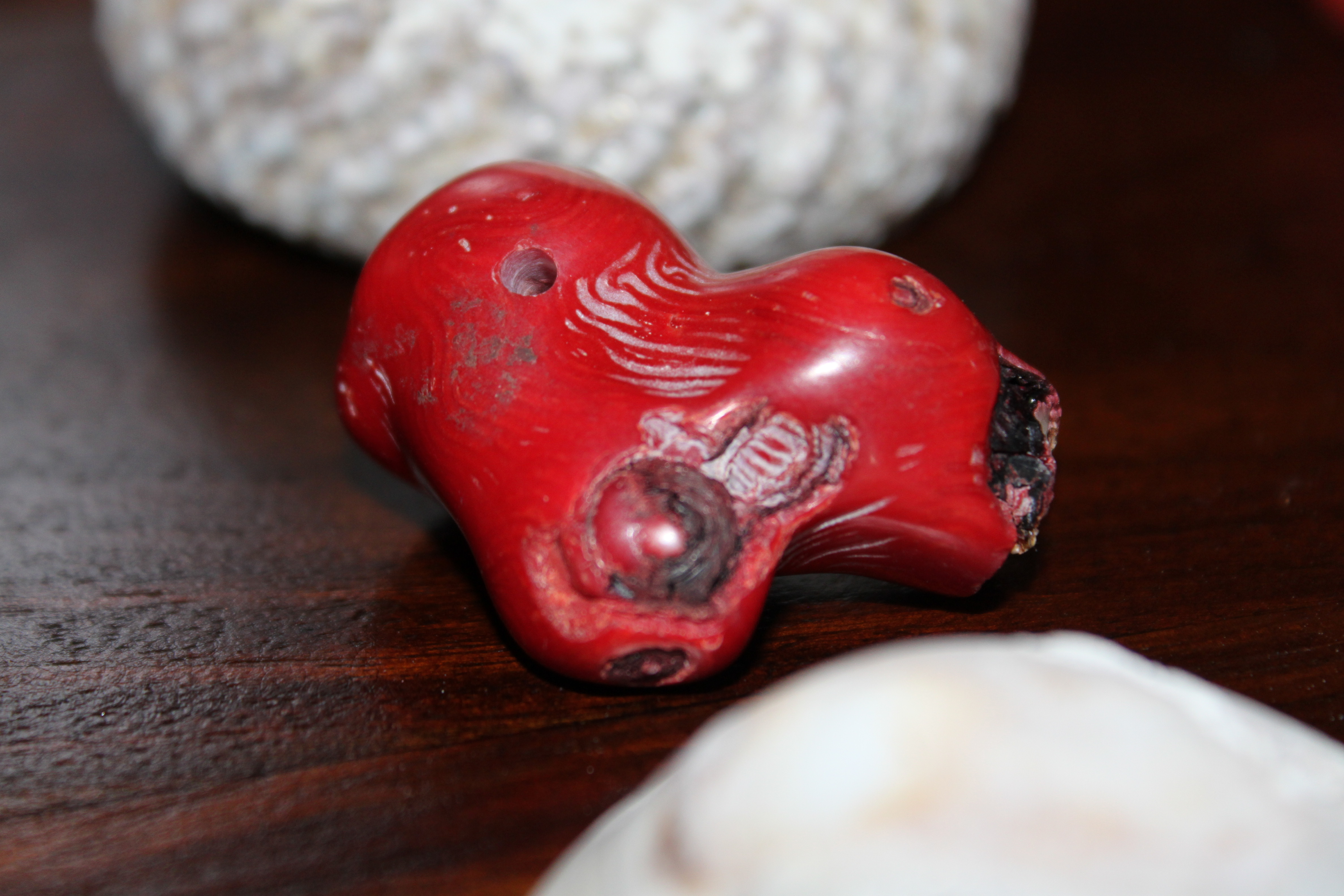 Coral reefs are in grave danger from anthropogenic influences. Climate change and plastic pollution harm them in many different ways.

More specifically, plastic affects the reproduction, growth, disease susceptibility and causes high fatality rates. The findings of several studies support that coral reefs with a higher concentration of plastics have an increased risk of disease development. The risk of disease could increase from 4% to 89% with the introduction of plastic, a study declares. Further, plastic trash suffocates the coral reefs. The photosynthesis of algae can be influenced and stopped by plastics; thereby, depriving considerable amounts of oxygen the reef and suffocating it.

The impacts of plastics on national parks

A study of the American National Park Service in cooperation with Clemson University and NOAA Marine Debris Program analysed collected microplastics/fibres/beads at beaches all over the National Parks of the United States. The researchers found the small bits of plastics in every single sample, even in Alaska. The highest amount of plastic particles per kilogram of Sand was recorded in Wisconsin and the lowest in Alaska. The research gave not any evidence of a link between the concentration of microfibres and the urbanisation in the area of the beach. The example is given, that the scientist found a higher abundance of plastic particles in the more abandoned Alaska’s Cape Krusenstern National Monument, while some closer to main cities, did not have a concentration that high. Interestingly, other studies may suggest the opposite. To validify and embrace these findings need further exploration. That being said, it can be stated by clear support of scientific evidence that plastic reaches even into the most remote places on earth.

It goes without mention, the beaches get more plastic and the park changes.

National Parks are being established and sustained to protect rare, wondrous and beautiful wildlife. Yet human action has the potential to destroy these mystical worlds. Whether it be climate change or plastic pollution, it is in our hands and we can put an end to it. Or at the very least minimalize the effects and by doing that, establish a solid foundation for some species to survive this human-made issue. 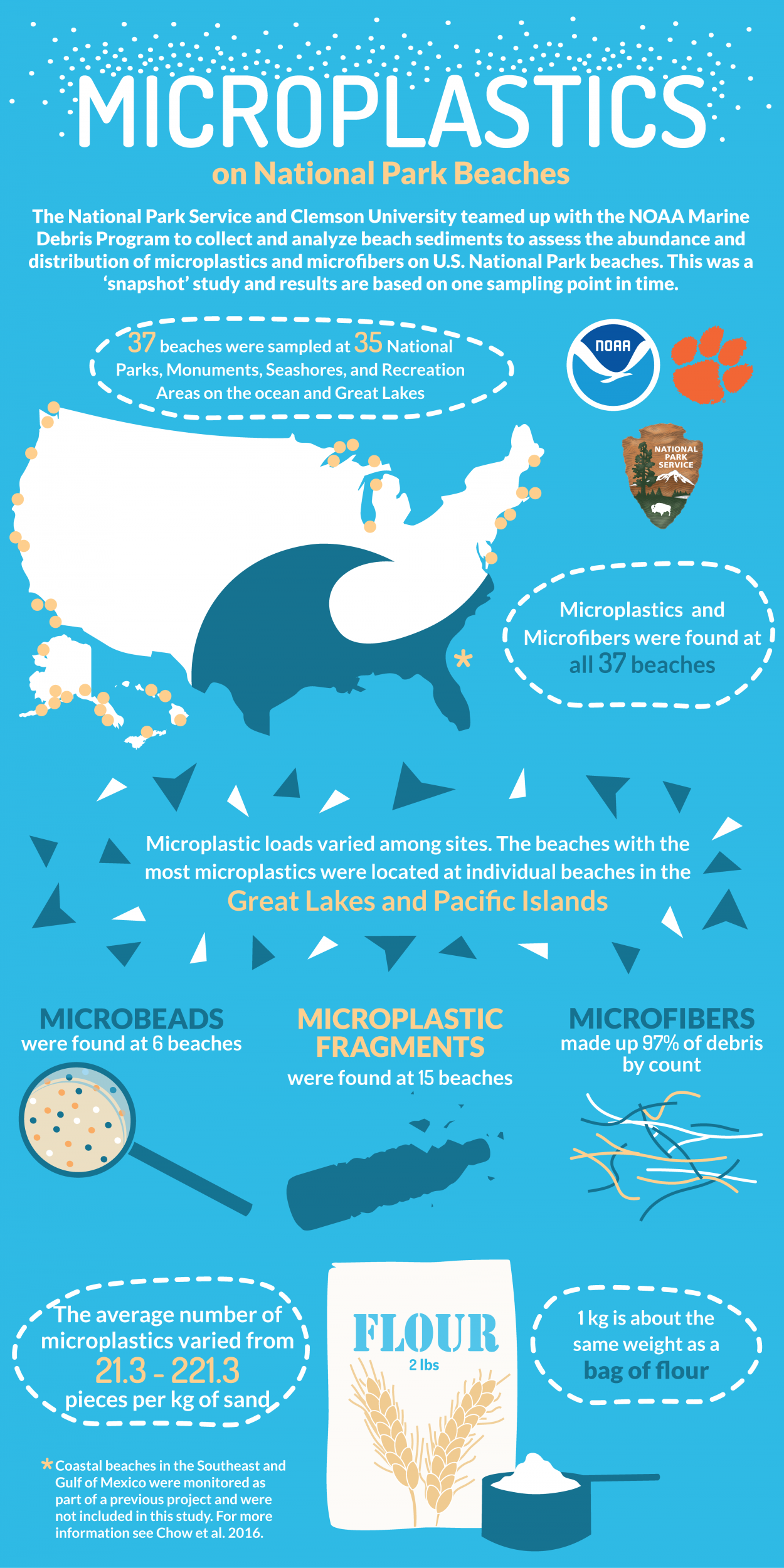 The Banner is excerpted from Article